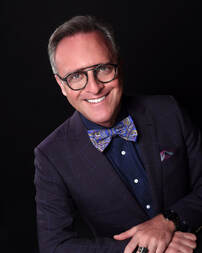 Unknown Photographer, 2019
Recognized as one of the foremost vocal interpreters of standards on the Canadian scene, George Evans has been celebrated diversely as "a ballad's best friend" (All-Canadian Jazz Festival) and "an agile voice and always swinging" (National Post) and praised for lively, polished performances in cities such as New York, Montreal, Toronto, Vancouver, and Shanghai. Since 1997 George self-released seven CDs as a leader, including a ballad collection. The current album, "LIVE at the Cellar" has been heard on jazz outlets on five continents.

Getting his start in New York Cabaret in the 80s, George became a part of the Montréal club scene in the 90s. Introduced to Canadian jazz fans by Katie Malloch on CBC’s JazzBeat, he went on to perform nationally in concert, clubs and the festival circuit. He debuted in Toronto in 1999 with the launch of his second album (I’m All Smiles) at the Top o' the Senator, and appeared there regularly through the launch of his fifth album (Movie Songs) in 2005.

George Evans became familiar to audiences at home through appearances on TVO, Bravo, and CoolTV, as well as in studio and concert for the CBC. Evans founded “The Three Crooners” in promotion of his successful project as producer, "Here Come The Boys: a Canadian Crooner Collection" for Universal Music Canada, A three time National Jazz Awards Canada nominee as “Male Vocalist of the Year” or “Vocalist of the Year,” George has twice been nominated for a MAC Award, and was nominated Ontario Independent Music Awards “Jazz Artist of the Year.”

From 2009 to 2015, George enjoyed life at sea, singing nightly on ships for Holland America Line, Cunard, and Princess Cruises. He was one of the original featured acts on two new ships for that line, the Royal and Regal Princesses, and was featured on the ITV-UK reality programme, “The Cruise Ship”. Retiring from ships, he continues to be a presence on the Canadian jazz scene, heard with regularity on jazz radio, and time permitting, appearing in clubs across the country. 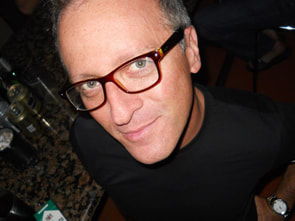 On the Emerald Princess 2012